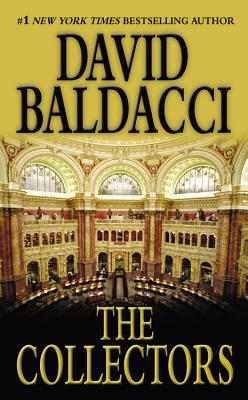 
Over the hill.
Out of the loop.
And trying to save their country . . .

In Washington, D. C., four men with mysterious pasts call themselves the Camel Club. Their mission: find out what's really happening behind the closed doors of America's leaders.

The assassination of the Speaker of the House has rocked the nation. And the Camel Club has found a chilling connection with another death: that of the director of the Library of Congress's Rare Books and Special Collections Division.

The club's unofficial leader, a man who calls himself Oliver Stone, discovers that someone is selling America to its enemies one secret at a time. Then Annabelle Conroy, the greatest con artist of her generation, comes to town and joins forces with the Camel Club for her own reasons. And Stone will need all the help she can give, because the two murders are hurtling the Camel Club into a world of espionage that is bringing America to its knees.