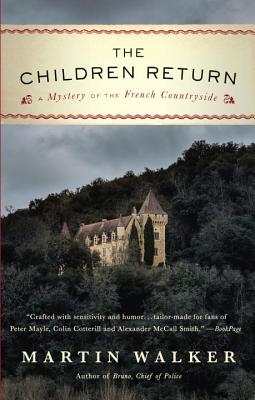 Share:
The Dordogne's favorite chief of police is back in a case full of twists and turns that finds his small town shockingly targeted by a terrorist network.

When an undercover agent tracking domestic jihadists is found murdered, it's troubling enough for Bruno's beloved village. But when this is followed by the return of Sami, a local autistic youth thought lost to Islamic extremism, provincial St. Denis suddenly becomes a front line in the global war on terror. Abducted and exploited for his technological genius in Afghanistan, Sami has used his talents to gather invaluable stores of al-Qaeda intel -- but as an international tribunal descends to begin an exhaustive debrief, it becomes clear Sami's former handlers are far from ready to relinquish him. Now the same jihadists who killed the agent aim to silence Sami, and as the eyes of the intelligence world turn toward his case, Bruno must scramble to track down the terrorists before they exact their own justice.

As if things aren't complicated enough, Bruno finds himself contending with the mixed, alluring signals of one of the high-ranking U.S. intelligence officers on Sami's case, even while juggling the affections of his neighbor and sometime lover. Add to that a member of the tribunal with dangerous skeletons in his closet, the mysterious history of two Jewish siblings who claim to have been sheltered locally from the Nazis during World War II, and a high-profile philanthropist whose presence in St. Denis seems to be attracting attention from the jihadists, and it's all almost enough to absent Bruno from the village's wine festival.

With international intrigue and action aplenty, The Children Return is a journey to St. Denis that readers won't soon forget.

Published in Great Britain under the title Children of War.