The Chaos of Luck — Catherine Cerveny 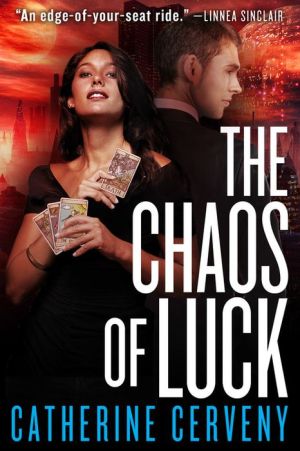 Share:
A whirlwind thriller romance in a futuristic setting that will tug at your heartstrings while sending you on high-speed chases alongside a genetically-enhanced (and incredibly handsome...) criminal mastermind.

Felicia Sevigny makes her own luck. So it's no surprise that her new life on the Red Planet is off to a good start. She's making a living reading the fortunes of the fabulously wealthy, and making a home with Alexei, the dangerous, handsome love of her life.

Then Alexei is called off planet expectedly, mines in the astroid belt start collapsing, and an ex-lover walks back into Felicia's life. Felicia's readings predict that there is something bigger going on. Something darker and far more insidious that threatens everything she has come to love.

And as luck would have it, the cards are right for things to go horribly wrong.