The Cause — Cynthia Harrod-Eagles 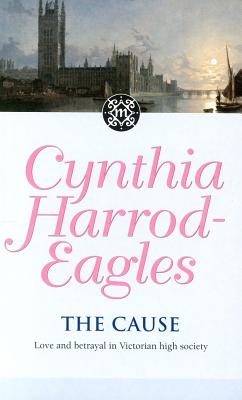 In 1874, the wedding of Lady Venetia Fleetwood is the talk of London. Invitations are eagerly prized, not least by Venetia's cousin George Morland and his socialite wife Alfreda, preparing to journey down from Morland Place in Yorkshire for the most glamorous event of the Season.

But on the eve of the wedding a bombshell hits Southport House. Venetia's fiance discovers that she means to continue in her attempt to qualify as a doctor. Horrified, he forbids it absolutely. Venetia, half afraid of her own determination, calls the wedding off, and from being the talk of the Season, it becomes the scandal of the year.

For George and Alfreda the disappointment is acute. Alfreda consoles herself with elaborate building plans for Morland Place and ever more lavish entertainments. Both refuse to believe that extravagance is driving George ever closer to bankruptcy, to losing the one thing he values above all else -- his land .. .
Reviews from Goodreads.com