The Case of the Peculiar Pink Fan — Nancy Springer 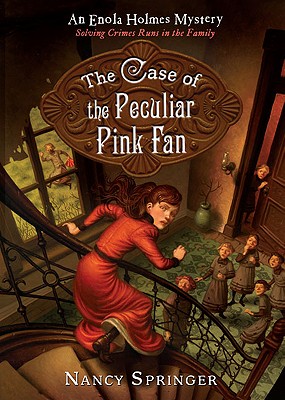 Share:
Enola Holmes--younger sister to Sherlock Holmes--is back on another case!

Enola is thrown into a tailspin when she receives a desperate message from her old friend, Lady Cecily. Enola knows she must help her friend before it's too late - but she doesn't know how! This complicated case has Enola hunting down clues all over London until she finally discovers the awful truth: Lady Cecily is being held prisoner! Enola must risk her own freedom and join forces with her brother, the famed Sherlock Holmes, to free Cecily. Can Enola trust her brother, and can they save Cecily in time?