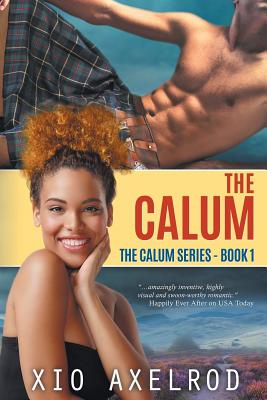 Calum, The (Noun)
1. fictional hero of best-selling romance novel, A Laird to Love
2. the perfect man

Twenty-six is too old to believe in fairytales, but tell that to Lovie's roommate. Convinced she'll find a real life version of her ultimate book boyfriend, Calum MacKenzie, Jo drags Lovie to the Scottish Highlands. Lovie's no cynic *ahem* but she knows The Calum is a myth. A construct. A freaking unicorn! And there are warmer places to spend winter vacation.

If Duff had his way, he'd never step foot in Inverness again. Only his best friend's wedding, and his ailing grandmother, could bring him home. Duff's plan is keep his head down and stay out of trouble. Hard to do when the groom targets a pretty blond tourist for one last conquest..

When Duff and Lovie meet, stones, sparks and insults fly. He's instantly attracted to the sexy, sharp-tongued American. She's just glad to have someone to hang out with, especially the bad boy with a mysterious past. Lovie is determined to learn his secrets, but as they grow closer, Duff is forced to choose between his best friend and his heart.