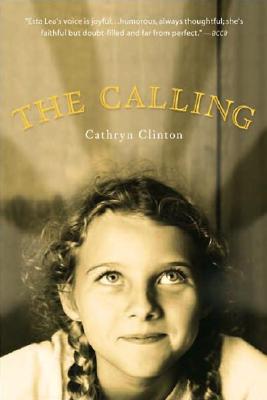 During the annual family reunion and pie competition at Beulah Land Healing and Holiness Church, twelve-year-old Esther Lea Ridley is suddenly drenched by a baptism of fire. "Esta Lea," she says to herself, "you are called to the Lord." And so begins her healing crusade from church to church, from revival tent to revival tent, through the backwater towns of South Carolina, traveling with her boy-crazy sister and her newly saved uncle. A bold and hilarious novel, THE CALLING marks Cathryn Clinton’s debut as an outstanding talent in middle-grade fiction.