The Bride from Odessa — Edgardo Cozarinsky 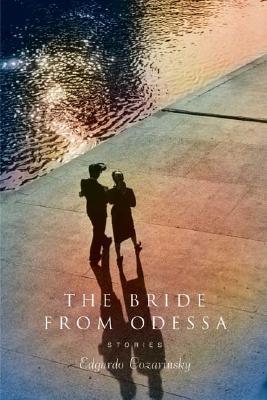 Share:
Set in Buenos Aires, Lisbon, Vienna, Budapest, and Odessa, both before and after World War II, the eleven stories in The Bride from Odessa belong to a great Argentine cosmopolitan tradition: that of the uprooted exile, the plaything of history, who sets down in a strange but proud land and looks back nostalgically to the Europe of his ancestral memory.

Edgardo Cozarinsky's characters are writers, lovers, scholars, artists, and dreamers. An ambitious young Jew, about to marry and embark for a new life in Argentina, is accosted by an unknown woman who departs with him to Buenos Aires; a pianist in a Buenos Aires nightclub finds himself drawn back to Germany in 1937; an Argentine-American Jew travels to Lisbon to unravel the threads of his grandparents' wartime affair. The Bride from Odessa describes a secret land without borders--it is provocative and mysterious fiction of the highest order.