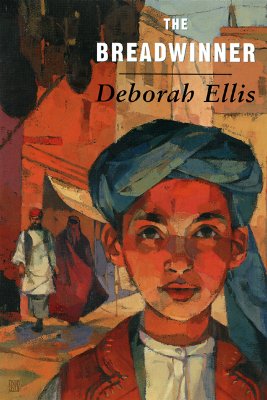 PARVANA felt the shadow before she saw it, as the man moved between her and the sun. Turning her head, she saw the dark turban that was the uniform of the Taliban. A rifle was slung across his chest as casually as her father's shoulder bag had been slung across hers....

The Talib kept looking down at her. Then he put his hand inside his vest. Keeping his eyes on Parvana, he drew something out of his vest pocket.

Parvana was about to squish her eyes shut and wait to be shot when she saw that the Talib had taken out a letter.

He sat down beside her on the blanket.

Imagine living in a country in which women and girls are not allowed to leave the house without a man. Imagine having to wear clothes that cover every part of your body, including your face, whenever you go out. This is life in Afghanistan, where the Taliban, members of an extreme religious group, run most of the country.
Reviews from Goodreads.com 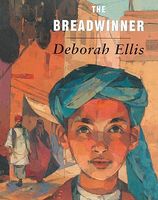