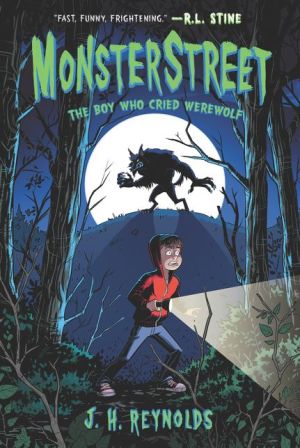 The Monsterstreet series kicks off with this chilling tale about a boy who discovers his father was killed by a legendary werewolf.

Max Bloodnight can't decide what's more terrifying about his weekend in Wolf County -- the fact that he has to stay with grandparents he's never met before or being stuck on a farm without cell service. If only that was all he had to fear.

Determined to solve the mystery of his father's death, which occurred years before at the claws of a legendary werewolf, Max must hunt to uncover the truth before the full moon rises . . . and the werewolf strikes again.

Don't miss any of the books in the thrilling Monsterstreet series!
Reviews from Goodreads.com