The Box of Infernos — Matthew Head 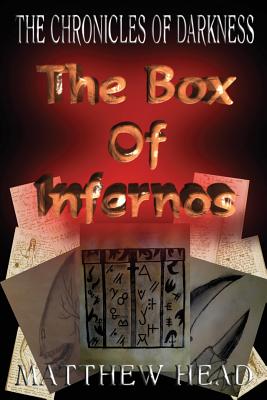 Share:
In the south of England, in the city of Monks-Lantern, events are starting to unfold which have the potential to threaten all of creation. Isaac Jacobs is a young university student with a haunted past who has long been fighting the supernatural monsters of this world and now he fights them alongside his four friends; Gabbi Gurtpasha, Billie Stamford, Laura Henley and Ben Pokeley. What starts off as a disturbing but relatively low key investigation soon explodes into something much larger, darker and more fearsome than any of them could have imagined. Just what is behind the slow but steady disappearance of people from the city? Who is the much feared Imperator? What is the worst thing you can hope to see beneath a door in an empty building? How do you define a good man from a bad one? And what terror lies within the Box of Infernos? A plan which has been in motion for millenia is now coming to fruition and Isaac had better be ready as his life will never be the same again from now on.