The Book of Norman, a Novel — Allan Appel 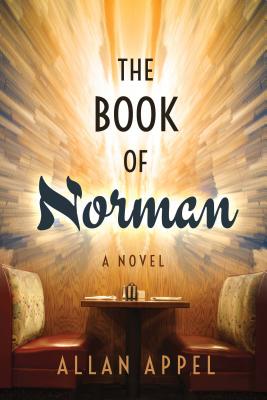 
"I can't think of many novels that . . . manage to be intelligent and sympathetic to not one but two oft-misunderstood American religions . . . Quite a feat." - Mark Oppenheimer, The New York Times The Book of Norman probes Mormon-Jewish relationships and traditions with humor and thoughtfulness. A sibling rivalry erupts between brothers Norman and Jon Gould, who compete for their dead father's soul in this wild theological ride set in southern California during the Summer of Love. Norman, a recent drop-out from the New York Jewish Seminary, wants to catch up on his generation's sex, love, and rock 'n' roll. Yet when his doper brother Jon gets a buzz cut, sells his stash, and becomes a Mormon-in- training, the battle is engaged. As the religious tug-of- war ensues, Norman tries to pull his brother back to Judaism while Jon tries to prove to Norman that Mormonism is the truer path. The struggle culminates in a monumental and hilarious game of basketball pitting Norman and two gorgeous Jewish angels, Tali and Aviva, against a Mormon team headed by Wes, the Elder, and his compatriots.Allan Appel, novelist and playwright, is the author of The Hebrew Tutor of Bel Air ; High Holiday Sutra, a Barnes & Noble Discover Great New Writers selection; and The Rabbi of Casino Boulevard, a finalist for the National Jewish Book Award. Raised in California and a longtime New Yorker, he lives in Connecticut, where he is a writer for the New Haven Independent .""