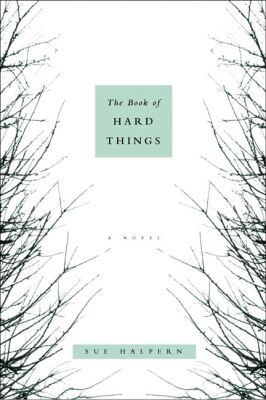 
A provocative first novel that explores the porous borders between friendship, sex and love

At eighteen, Cuzzy Gage has never been out of Poverty, the isolated mountain hamlet where he was born, raised, and--much to the annoyance of his dreamy girlfriend, the mother of his child--seems destined to stay. He is content to hang out and just get by; it's as if ambition hasn't occurred to him. Enter Tracy Edwards, who has come to the area after the death of his close friend, Algernon Black, an ethnomusicologist who specialized in initiation rituals. It's to Black's family estate, the Larches, that Tracy retreats, in grief and confusion, after his friend's death, to archive Algie's work. Through a set of circumstances that look like chance but turn out to be something else entirely, Tracy hires Cuzzy to help sort through Algie's papers. So begins a quiet and ambivalent relationship, one that eventually causes both young men to admit their own histories and to start to rethink the future. As Tracy introduces Cuzzy to poetry and literature and music, he in turn is exposed to the natural world, to a place of granite and schist and other, enduring, hard things. But in a small town their unlikely friendship is inevitably the focus of scrutiny and debate, a debate that ends as no one could have imagined, and makes each of them, in their own way, confront the hardest thing of all.

Poetic and compelling, The Book of Hard Things is a bold fiction debut.
Sue Halpern writes frequently for The New York Review of Books and is the author of two previous nonfiction books: Migrations to Solitude and Four Wings and a Prayer. The Book of Hard Things is her first novel. She lives in between Vermont and upstate New York with her husband, Bill McKibben, and their daughter.
At eighteen, Cuzzy Gage has never left the remote mountain town where he was born and raised, and where—much to the annoyance of his dreamy girlfriend, Crystal, the mother of his child—he seems determined to stay. Content to hang out with his friends and just get by, it's as if ambition has never occurred to him.

Michael "Tracy" Edwards is drifting, too. An English teacher from New York City, he has quit his job after the death of his best friend, Algernon Black, an ethnomusicologist who specialized in initiation ceremonies. Taking up residence at Black's family's rustic estate to sort through his friend's papers and write a narrative of his life, Tracy is very much alone. The deep woods, with its stark and powerful beauty, only serves to reinforce his loneliness. When he happens to meet Cuzzy Gage at the local convenience store, he is struck by the boy's knowledge of the outdoors and his comfort among the trees. He could use some of that comfort. He offers Cuzzy a job.

So begins a quiet and ambivalent friendship, one that eventually causes both young men to admit their own histories, and to begin rethinking the future. As Tracy introduces Cuzzy to poetry, literature, and music, he in turn is exposed to the natural world, a place of granite and schist and other enduring hard things. But in a small town their relationship is inevitably the focus of scrutiny and debate—a debate that ends as no one could have imagined.

Poetic and provocative, The Book of Hard Things explores the porous border between friendship and love, and marks a bold fiction debut.
"[Halpern's] work here is made especially memorable by the exactness of her tone in evoking small-town tensions, the often misdirected energies of youth and most especially the process of growing up and acquiring an adult sense of responsibility."—James Polk, The New York Times

"Sue Halpern has written wonderful books of nonfiction, but sometimes nonfiction to fiction isn't a transition that can be made gracefully. Not only is the writing in her first novel unself-conscious—which is what grace amounts to when applied to literature, I think—but the words seem organic to the page. The Book of Hard Things is powerful and sad, and sometimes very funny, and it is the debut of a brilliant new writer of fiction."—Robb Forman Dew

"Sue Halpern has an eye that is penetrating without harshness and an ear perfectly attuned to the defenses of the wounded. She finds beneath the most adamant surfaces the hurt places that can heal, and her riveting novel challenges and moves us to see, beyond the particulars of class and worldliness, how loss can yield to caring."—Rosellen Brown