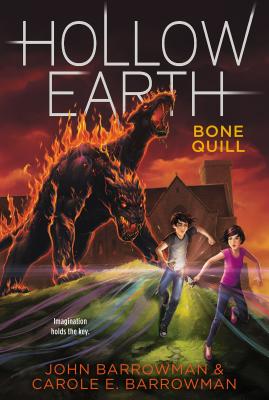 Share:
In this thrilling sequel to Hollow Earth, Matt and Emily must stop someone from unleashing an army of mankind's worst nightmares.

In the Middle Ages, an old monk used his powers and a bone quill to ink a magical manuscript, The Book of Beasts. Over the centuries the Book, and the quill, were lost.

Twins Matt and Emily Calder are Animare -- just like their ancestor, the monk. The things they draw can be brought to life, sometimes with disastrous consequences. Now Matt and Em are being watched -- hunted -- because only they can use The Book of Beasts and the bone quill to release the terrible demons and monsters their ancestor illustrated.

And someone is tracking down the lost Book of Beasts, page by page, and reassembling it. Matt and Emily have no choice: They must get to the bone quill first…before somebody gets to them.