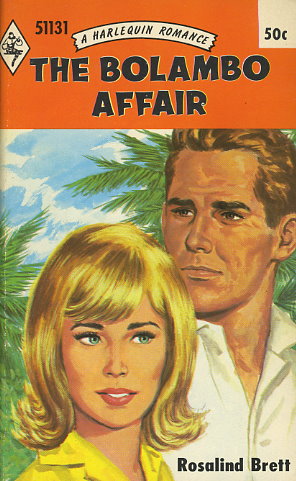 "To get a man really out of your system there's nothing like having an affair with someone else", Nick Brandis advised Vanessa when she told him of her broken engagement --and she got the idea that Nick himself was offering to help her forget. Nick had, no doubt, had innumerable successes with women, she considered, and couldn't imagine his line failing with someone as inexperienced as Vanessa Lane.

Innocent she might be, but one thing Vanessa was sure of -- it would be wise to keep clear of this tall creature with the teak-brown hair and calculating grey eyes. So long as she avoided being alone with him that undeniable magnetism wouldn't be hard to resist. But how long could she avoid him in a place so remote as Bolambo?
Reviews from Goodreads.com

Five stars for introducing me to the world of romance.