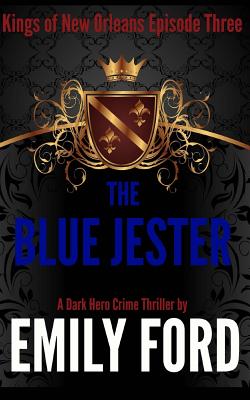 Share:
Episode Three begins with a flashback that reveals more of the events that prompted Dr. Percy to take action against the corrupt crime boss Kings. Then, we learn of the birth of Johnny Justice and how he came to be a police officer, Brazilian Jiu-Jitsu expert, and pursuer of justice. As the most caring and disciplined member of the group, Johnny values law, honor, and justice over all else. His high morals and respect for human life prevent him from killing, but he struggles with his own paradox of being an officer of the law by day and a vigilante by night. The Jesters aggressively hunt down those responsible for the bombings in the city, only to make a frightening discovery: one of their own is responsible. Meanwhile, Johnny fights a losing battle to hold Detective Jenkins at bay while also trying to keep his true identity hidden. The Gold Jester officially breaks away from the rest, forcing his brother, the Red Jester, to join him, a move that escalates the strife between them as the Red Jester still feels obligated to help the others and to support the French Quarter King's mission. The hidden threat that has eluded them all finally reveals itself. The source of the most active criminal activity in New Orleans turns out to be a deadly underground organization hidden under the guise of a legitimate sporting event: Mixed Martial Arts. The Jesters, and Detective Jenkins, finally discover what's happening and realize they're in for the deadliest challenge they'll ever face.