The Blood of Olympus — Rick Riordan 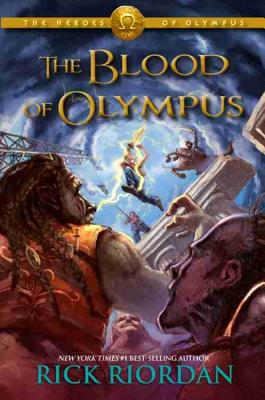 NICO HAD WARNED THEM. Going through the House of Hades would stir the demigods' worst memories. Their ghosts would become restless. Nico may actually become a ghost if he has to shadow-travel with Reyna and Coach Hedge one more time. But that might be better than the alternative: allowing someone else to die, as Hades foretold.

JASON'S GHOST IS HIS MOTHER, who abandoned him when he was little. He may not know how he is going to prove himself as a leader, but he does know that he will not break promises like she did. He will complete his line of the prophecy: To storm or fire the world must fall.

REYNA FEARS THE GHOSTS OF HER ANCESTORS, who radiate anger. But she can't allow them to distract her from getting the Athena Parthenos to Camp Half-Blood before war breaks out between the Romans and the Greeks. Will she have enough strength to succeed, especially with a deadly hunter on her trail?

LEO FEARS THAT HIS PLAN WON'T WORK, that his friends might interfere. But there is no other way. All of them know that one of the Seven has to die in order to defeat Gaia, the Earth Mother.

PIPER MUST LEARN TO GIVE HERSELF OVER TO FEAR. Only then will she be able to do her part at the end: utter a single word.

Heroes, gods, and monsters all have a role to play in the climactic fulfillment of the prophecy in The Blood of Olympus, the electrifying finale of the best-selling Heroes of Olympus series.
Reviews from Goodreads.com 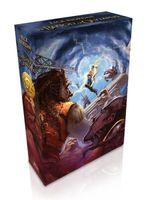 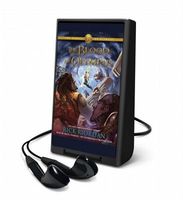 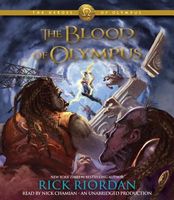