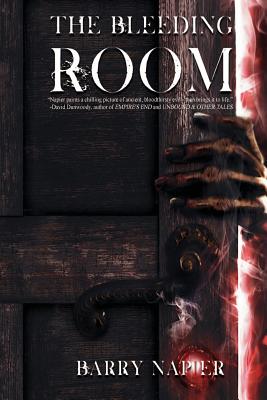 
Some houses appear to be haunted: their ruined facades and fabled pasts lead to stories of haunts and spirits.Some houses are legitimately haunted: ghosts that refuse to leave this world behind roam their rooms and hallways trying to recapture the life that has been taken from them.But there are some houses that go beyond these simple haunts. There are some houses that hide secrets so dark and grisly that the very essence of evil seeps from their walls. One of these houses sits tucked away in the quiet woods of southern Virginia in the sleepy little town of Ponderbrook.Terrence Bennet, an esteemed author, is taking his small crew to Ponderbrook to investigate the house for his next book. A skeptic at heart, he approaches the house and its history as nothing more than another spooky tale.But he will soon learn that there is a very real evil that separates normal haunts from those that twist the mind and damn the soul. And when this evil is stirred awake, it is rarely content to stay confined to the four walls of the house in which it has grown."Napier paints a chilling picture of ancient, bloodthirsty evil - then brings it to life."- David Dunwoody, author of EMPIRE'S END and UNBOUND & OTHER TALES Novelist. Poet. Comic book writer. This guy is a legit talent who is always thinking outside the box. It 's no surprise Barry Napier is building a following faster than a Mayan handing out 2012 prophecies. - - Gregory Hall, host of the Funky Werepig and author of At the End of Church Street