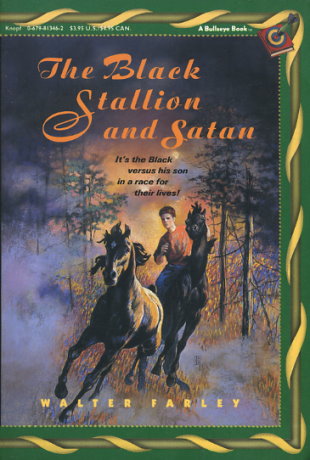 Who's the Fastest One of All?

The Black's son Satan has just won the Triple Crown championship, and Alec should be the happiest guy in the world. But he's miserable. He still misses the Black, who's far off in Arabia with his rightful owner, Sheikh Abu Ishak. Not even Satan can take the Black's place. Then Alec gets startling news. The sheikh has died -- and has left the Black to Alec.

He has also left Alec with the obligation of running the Black in the upcoming International. It should be a very interesting race, thinks Alec. He can't help wondering just how the Black's main competition will measure up -- especially when it turns out to be none other than Satan!