The Bitter End of Dreams — Stephen A. Goodale 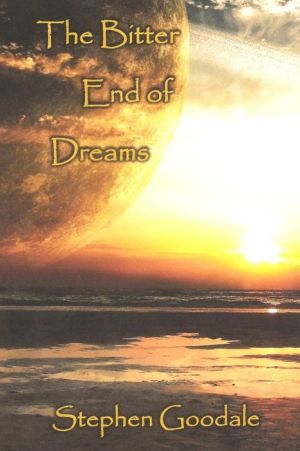 Share:
How did it come to this? That simple question repeated itself in her mind. Juliet took a last look around the Destiny Module. The United States had once proudly claimed this as its in-space laboratory. Now the space was rented out on a yearly lease agreement to companies like hers. That lease was up and because of failing systems within the station would not be leased again. Her eyes would be the last human ones to see the interior of the once fabled space platform. This book involves the life stories of three friends as their lives are moved and shaped by the times in which they live. From youth through adulthood they maintain a friendship started during an Engineering Camp in the year 2018. Now many years later that friendship is put to the test as the human condition on the planet Earth deteriorates and falls into chaos. Through the genius of Juliet Gilford and the ultimate fate of the International Space Station a light of hope is discovered. The symbiote that has become Juliet's "sister" and the brothers that Juliet is able to produce for Benjamin and Ely, lead the way to help in a plan of escape and redemption for those that remain on Earth after the purge.