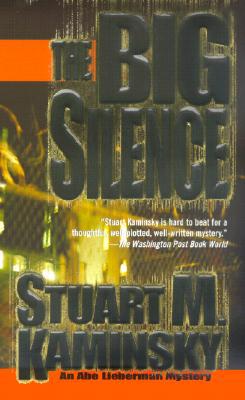 Share:
Abe Lieberman is a strong, sympathetic character, an Everyman whose love for his family is only matched by his quiet, zealous commitment to justice: "A figure out of Talmudic lore-endearing, wise in his crotchets, weary with his wisdom." says The Washington Post. He loves what he does and it takes its toll as his commitment to what is right is sorely tested every day on the mean streets of Chicago. As a moral man, he is sometimes faced with some uncomfortable ethical choices in order to see that justice-rather than the letter of the law-is metered out.

The Big Silence takes Lieberman and his Irish partner, Bill Hanrahan-the Rabbi and the Priest, as they are known on the streets-on a journey that will test their consciences to the limit. When the young son of an informant in a governmental witness protection program is kidnapped and a grisly death occurs, they will have to make some hard choices to make things right. Told with compassion and with the keen insight into the human psyche, The Big Silence is gritty, compelling...and unforgettable.