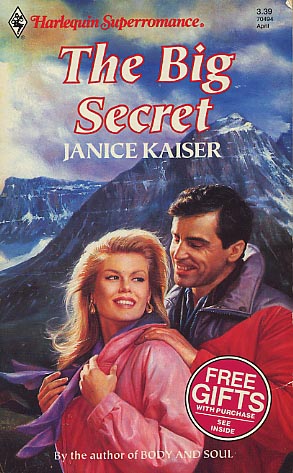 What was the big secret?

When Lianne Halliday returned to Switzerland, the one person she half hoped, half feared to see was Alex Julen--the man whose child she'd borne and reluctantly given up for adoption fifteen years ago. But instead of Alex, she met his brother Max, a far more formidable male.

Max pursued Lianne without reserve. But she hesitated to give her heart to him. She'd been deceived by one of the Julen brothers and felt that Max, too, was keeping something from her.

Just as daunting was the jealousy of Max's teenage daughter. Lianne would have to win her over or bow out. Having to give up her own baby had taught Lianne that no one should ever come between a parent and child.
Reviews from Goodreads.com