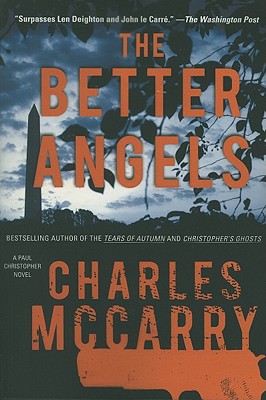 When Charles McCarry's The Better Angels was first published almost thirty years ago, one reviewer lamented that his premise--that terrorists would use passenger-filled airliners as tools of terror--was so incredible as to be an obstacle to the reader's suspension of disbelief. In retrospect, this was to be just one of many of the novel's facets that would prove to be prophetic.
The novel takes place in an election year, close to the turn of the century, in a deeply polarized America. The presidential race matches a tall, lantern-jawed liberal against a far-right former businessman with deep ties to the energy industry. The principal threat to the country comes from Islamic terrorists who are almost impossible to track down, are led by an Arab prince made rich by oil, and are desperate to acquire nuclear bombs to use against Israel or major American cities.
And the similarities don't end there. Written at the height of the Cold War, McCarry's foresight and crisp language produced a masterpiece perhaps more applicable to the world today as it was when first written.
Reviews from Goodreads.com