The Best of Jennings — Anthony Buckeridge 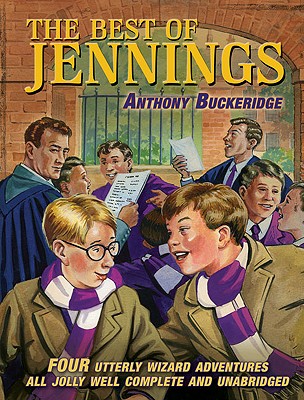 A complete collection of well-loved Jennings tales, this volume begins with "Jennings Goes to School"--the one that started it all when JCT Jennings was sent to Linbury Court School as a boarder and met CEJ Darbishire, who quickly became his best friend. In his first term Jennings also had to face up to some frightful bullies, turning the tables on the scoundrels and becoming head of his class in the bargain. In "Jennings Follows a Clue," he tries his hand as an amateur sleuth and we get to know all of the characters a little better, including Jennings' classmates Venables, Atkinson, Temple, and Bromwich major. Jennings establishes his own super-top-secret den in "Jennings' Little Hut" and leads Darbishire even further astray with his newt-brained, shrimp-witted schemes in "Jennings and Darbishire." Anthony Buckeridge's Jennings stories have been delighting readers young and old for almost sixty years with the disastrous scrapes into which the irrepressible schoolboy blunders and the delightful language adopted by Jennings and his chums. Whether this is a 'class reunion' for you, or whether you are a 'new boy' meeting Jennings for the first time, in "The Best of Jennings" you will find a friend for life.
Reviews from Goodreads.com 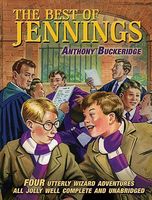