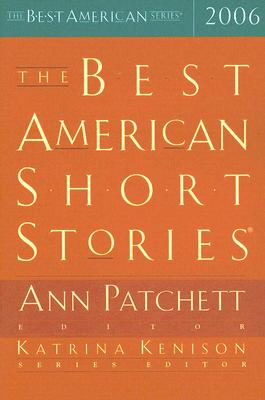 “While a single short story may have a difficult time raising enough noise on its own to be heard over the din of civilization, short stories in bulk can have the effect of swarming bees, blocking out sound and sun and becoming the only thing you can think about,” writes Ann Patchett in her introduction to The Best American Short Stories 2006.

This vibrant, varied sampler of the American literary scene revels in life’s little absurdities, captures timely personal and cultural challenges, and ultimately shares subtle insight and compassion. In “The View from Castle Rock,” the short story master Alice Munro imagines a fictional account of her Scottish ancestors’ emigration to Canada in 1818. Nathan Englander’s cast of young characters in “How We Avenged the Blums” confronts a bully dubbed “The Anti-Semite” to both comic and tragic ends. In “Refresh, Refresh,” Benjamin Percy gives a forceful, heart-wrenching look at a young man’s choices when his father -- along with most of the men in his small town -- is deployed to Iraq. Yiyun Li’s “After a Life” reveals secrets, hidden shame, and cultural change in modern China. And in “Tatooizm,” Kevin Moffett weaves a story full of humor and humanity about a young couple’s relationship that has run its course.

Ann Patchett “brought unprecedented enthusiasm and judiciousness [to The Best American Short Stories 2006],” writes Katrina Kenison in her foreword, “and she is, surely, every story writer’s ideal reader, eager to love, slow to fault, exquisitely attentive to the text and all that lies beneath it.”
Reviews from Goodreads.com