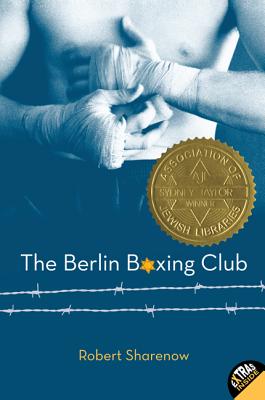 Share:
Fourteen-year-old Karl Stern has never thought of himself as a Jew. But to the bullies at his school in Naziera Berlin, it doesn't matter that Karl has never set foot in a synagogue or that his family doesn't practice religion. Demoralized by relentless attacks on a heritage he doesn't accept as his own, Karl longs to prove his worth to everyone around him.
So when Max Schmeling, champion boxer and German national hero, makes a deal with Karl's father to give Karl boxing lessons, Karl sees it as the perfect chance to reinvent himself. A skilled cartoonist, Karl has never had an interest in boxing, but as Max becomes the mentor Karl never had, Karl soon finds both his boxing skills and his art flourishing.
But when Nazi violence against Jews escalates, Karl must take on a new role: protector of his family. Karl longs to ask his new mentor for help, but with Max's fame growing, he is forced to associate with Hitler and other Nazi elites, leaving Karl to wonder where his hero's sympathies truly lie. Can Karl balance his dream of boxing greatness with his obligation to keep his family out of harm's way?