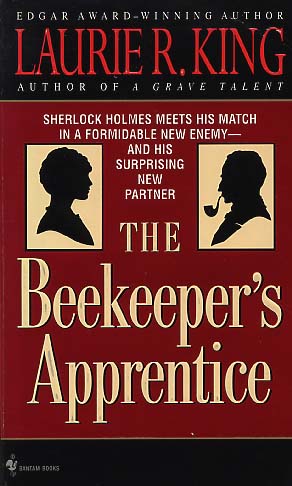 In 1915, long since retired from his observations of criminal humanity, Sherlock Holmes is engaged in a reclusive study of honeybee behavior on the Sussex Downs. Never did he think to meet an intellect to match his own--until his acquaintance with Miss Mary Russell -- a very modern fifteen-year-old whose mental acuity is equaled only by her audacity, tenacity, and penchant for trousers and cloth caps, unthinkable in any young lady of Holmes's own generation.

Under Holmes's sardonic tutelage, Russell hones her talent for deduction, disguises, and danger: in the chilling case of a landowner's mysterious fever, and in the kidnapping of an American senator's daughter in the wilds of Wales. But her ultimate challenge is yet to come. A near-fatal bomb on her doorstep-and another on Holmes's sends the two sleuths on the trail of a murderer--whose machinations scatter meaningless clues and seem utterly without motive. The villain's objective, however, is quite unequivocal: to end Russell and Holmes's partnership -- and then their lives.
Reviews from Goodreads.com

I really enjoyed this book. The way it was written reminded me so much of my loved Amelia Peabody series. The time frame is similar and both series have a plucky, very intelligent heroine. This book has the added benefit of Sherlock Holmes. Ms. King captures the aging sleuth just as I would have imagined him in his later years. Another added benefit, just as in the Amelia Peabody series, Ms. King uses superlative language and grammar skills. I truly enjoy a book that is written as intelligently as this one is. She captures her time and her characters very well. The plot is tight and moves along at a good pace. Mary Russell is a young 16 year old girl when we meet her, and World War I is raging in Europe. She is an orphan who has been living with her aunt since she lost her parents in an accident in the United States. She lives in Sussex countryside when she comes across her reclusive neighbour who turns out to be Sherlock Holmes. He is 54 when we meet him in this book. The book goes back and forth between Oxford and Sussex and even over to Palestine while Holmes and his apprentice try to track a particularly cold-blooded, but intelligent adversary. When the book ends Mary is a student at Oxford and she is 19 years old. I really enjoyed this book. It was a light and enjoyable read and I will be continuing with this series for sure. The book has a tricky mystery with lots of false leads and red herrings. My kind of mystery for sure. 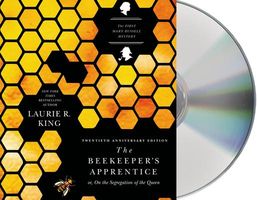