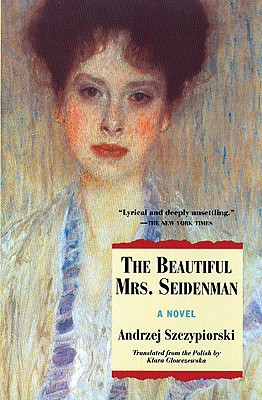 
In the Nazi-occupied Warsaw of 1943, Irma Seidenman, a young Jewish widow, possesses two attributes that can spell the difference between life and death: she has blue eyes and blond hair. With these, and a set of false papers, she has slipped out of the ghetto, passing as the wife of a Polish officer, until one day an informer spots her on the street and drags her off to the Gestapo. At times a dark lament, at others a sly and sardonic thriller, The Beautiful Mrs. Seidenman is the story of the thirty-six hours that follow Irma's arrest and the events that lead to her dramatic rescue as the last of Warsaw's Jews are about to meet their deaths in the burning ghetto."