The Battle of Riptide — E.J. Altbacker 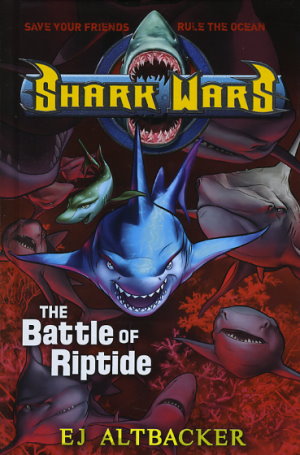 Everywhere Gray and Barkley swim, fish are whispering of a growing threat . . . of a shark named Finnivus who will eat anything -- or anyone -- and won't stop until he has seized control of the entire ocean.

Finnivus has an armada of vicious battle sharks to help him expand his empire -- and Gray realizes that it's up to him to save the Big Blue. But first he must train with Takiza, the wise and mysterious fighting fish who has promised to teach his young apprentice the secret of what it means to be a great warrior.

Can Gray believe in himself -- and find courage as big as his cartilage -- in time for the epic battle that's coming?