The Battle of Britain — Dale Carothers 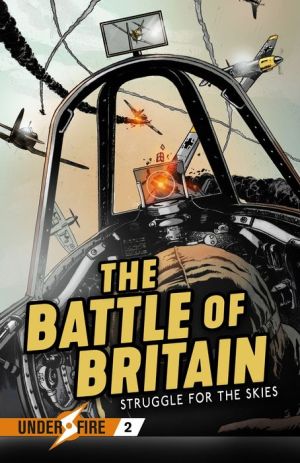 The Battle of Britain is a thrilling full-color graphic novel following the pilots of the Royal Air Force and German Luftwaffe during World War II as they battled for supremacy in the conflict that saw the fate of Britain hanging in the balance.
In the summer of 1940, the bombs began to fall over Britain. Seeking to pave the way for a full-scale invasion, Luftwaffe bombers flew over the English Channel, dropping their deadly payload on key targets across the south of England. Scrambling to meet them were the pilots of the Royal Air Force. Men from Britain, the British Empire, and Commonwealth, and even volunteers from occupied and neutral territories took to the skies against the might of the German forces. The Battle of Britain had begun.
Delving into the battle through the eyes of the pilots who lived through it, as well as the men and women in support roles on the ground, this vibrant graphic novel combines expert knowledge and master storytelling to bring the campaign to life, from the epic dogfights along the coast to the terror of the London Blitz.
Reviews from Goodreads.com