The Battle for Skandia — John Flanagan 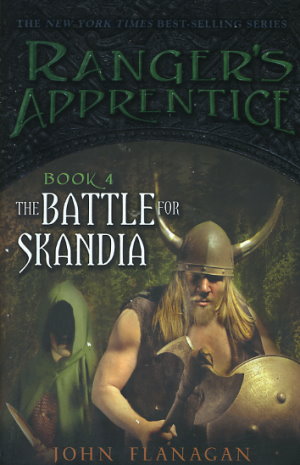 Far from home after escaping slavery in Skandia, Will and Evanlyn's plans to return are spoiled when Evanlyn is taken captive. Will employs his Ranger training to locate his friend, but soon fini;ls himself fatally outnumbered -- until Halt and Horace make a daring, last-minute rescue. But their reunion is cut short by the discovery that Skandia's borders have been breached by the Temujai army -- and Araluen is next in their sights. Only an unlikely union can save the two kingdoms, but can it hold long enough to vanquish a ruthless new enemy?