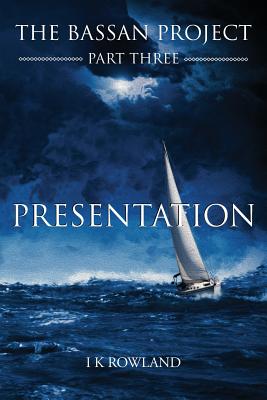 
Sheikh Hannad and Wasim, with Sir Peter as a last minute addition to the crew, sail the Goodun from the Solent to Cherbourg. There they hand over the yacht to Kieran and Wil, informing the Cherbourg port authority that they will be delivering the yacht to a destination possibly in the Friesian Islands or even the Baltic. Wil and Kieran, however, sail the Goodun from Cherbourg to Hyères, on the Mediterranean coast of France. The voyage goes well until they are in sight of their destination, when they are suddenly overwhelmed by a severe storm. As a result they both have to spend more than three weeks in hospital before they can continue to Hyères. In London Sir Peter lets it be known that Kieran has been mugged which has resulted in a temporary loss of memory and he has therefore been sent on convalescent leave. This announcement causes consternation at the White Crowley partnership because Hugo White, Aristaios Giannacopulos and Mr Reginald Dickenson need the input of Kieran's thought processes before they can complete the decoy hotel/yacht harbour design which Sir Peter had handed to them. Simultaneously Sir Peter, with Sheikh Hannad's permission brings Rowan Formby and Richard Evans into the picture and, through them, allows White Crowley to learn that the Phoenix Partnership is suffering the same problem with the design they are due to present. Mr Giannacopulos tries to trace Kieran's whereabouts but is unsuccessful because Wil is sailing under his Dutch name of de Jong and Kieran has hyphenated his mother's maiden name to his surname to form Evans-Hughes. Because of the double deception - destination and names - he is unsuccessful. During their enforced stay in a French hospital Wil works on designs for Sir Grainger Morell's new yacht and is able to make a presentation when the Morells arrive for Kieran's presentation. This results in a commission for Wil and Navasea Yachts. The presentation of the yacht harbour designs is eventful, with a very popular decision on the victor. Unfortunately, the White Crowley design is not only discredited, the three presenters are detained and their claimed entry into the competition is excluded. Eventually Wil and Kieran return to London in sufficient time to work up a new Goodun class yacht as well as a new Littlun before successfully defending their Allcomers Handicap championship at the Essex yacht club.