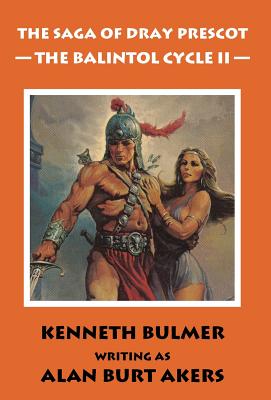 If you are prepared to hurl yourself into adventure, to face peril with a brave heart, to risk all, then the marvelous world of Kregen offers you everything you have ever dreamed. For Dray Prescot the challenges are enormous. His task is to unite the sub-continent of Balintol against the Shanks, but the megalomaniac striving for power of various factions looks set to send Balintol up in flames. Scourge of Antares Prescot has uncovered some of the details of a plot by the cultists of the religion of Dokerty to turn ordinary men and women into receptacles for demons, who then destroy wantonly until the frail human body can no longer support the intolerable demonic forces. Now he has escaped from the Dokerty temple with a mysterious young woman, Veda. They are fleeing for their lives as the Suns of Scorpio descend into night... Challenge of Antares Born in 1775, Dray Prescot joined the Royal Navy as a boy when his father died from the sting of a scorpion, and his mother followed soon after. Life in Nelson's Navy, harsh, intolerant, formed and molded him. He has been consistently passed over for promotion, even though he has fought his way from the lower deck through the hawsehole to the quarterdeck. He considers himself a failure. Just recently he has been experiencing unsettling dreams... Wrath of Antares The rulers of the countries of Balintol, and the people trying to usurp them, appear to care only for their own ambitions. Having saved the Illusionist of Winlan and preserved the Wall that retains the demon monsters created by Khon the Mak's Dokerty priests, Prescot now realizes to his profound horror that the phantom of his wife Delia he saw buried by falling rock was no apparition... This edition includes a glossary of the Balintol cycle.
Reviews from Goodreads.com