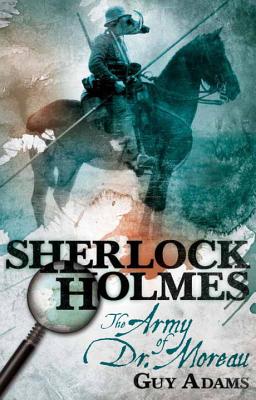 Following the trail of several corpses seemingly killed by wild animals, Holmes and Watson stumble upon the experiments of Doctor Moreau.

Moreau, through vivisection and crude genetic engineering is creating animal hybrids, determined to prove the evolutionary theories of Charles Darwin. In his laboratory, hidden among the opium dens of Rotherhithe, Moreau is building an army of 'beast men'. Tired of having his work ignored -- or reviled -- by the British scientific community, Moreau is willing to make the world pay attention using his creatures as a force to gain control of the government.
Reviews from Goodreads.com