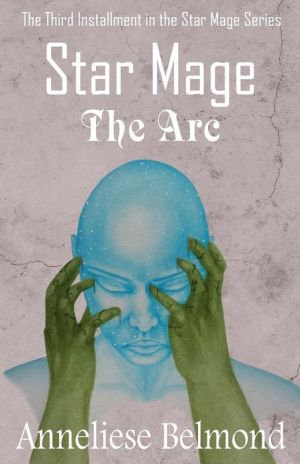 Does truth come from society? Or self? The Universe is breaking, and for the first time in his life, Kaush can breathe. Among the laughter and companionship of Akoy’s ship—and the Healer’s smile—Kaush is safe. Happy. But the Imbalance is coming, and Kaush can no longer keep it to himself. His only hope is to gain assistance from the Korratona leadership, The Arc. To request their help he must return to the source of a fear stronger than any Imbalance, where Timepieces bow their heads and the animosity between Star and World Mages dominate their politics. Worst of all, Kaush risks exposing the secret he’s fought so hard to protect. A secret that if revealed would destroy his life, and more importantly, his magic. Teetering on the edge of his identity and a decision that will change everything, the line between Kaush and Kausha blurs. Faced with an impending future, the dictates of an intolerant society, and the death of a world, it will take everything he has to keep his new family safe from the system that raised him. But each choice he makes takes him closer to the terrible cause of the Imbalance, and one impossible decision.
Reviews from Goodreads.com