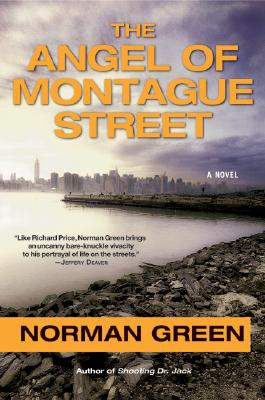 In the fall of '73, Brooklyn, New York, is home to worn-down hotels, wise guys, immigrants, the disturbed, the disenfranchised, and a few people just trying to make an honest buck. When Silvano Iurata's troubled brother, Noonie, rumored to be living in Brooklyn Heights, goes missing, Silvano returns to a place he swore he'd never set foot in again.

He left Brooklyn a long time ago -- wanting to leave behind his family and its seedy mob connections and a past that just won't stay buried. The jungles of Viet Nam felt more hospitable to him than his own hometown; now that he's back, he doesn't intend to stay for long. His cousin Domenic has harbored a deadly grudge against Silvano for something that happened when they were teenagers, but they aren't kids anymore, and his cousin has some dangerous friends. Silvano needs to find out what happened to his brother, and get out -- fast.

Was Noonie a victim of Little Dom's revenge? Or is he still alive and at risk? Silvano noses around where he doesn't belong, among Brooklyn's underworlds of the criminal and of the dispossessed, and has to face his family demons once and for all. He not only puts himself in serious jeopardy but also exposes some new friends -- and the woman he has come to love -- to the vengeful cousin who would do anything to see Silvano dead.
Reviews from Goodreads.com