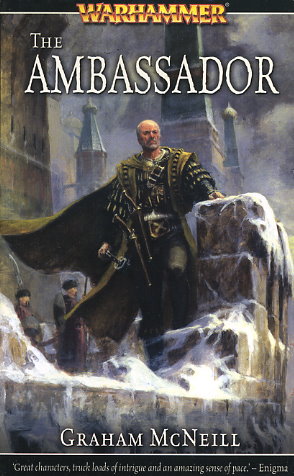 IN THE ICY Northern Wastes, a mighty army of darkness prepares to sweep southward and lay waste to the civilised lands of the Empire. In this dangerous time, retired Imperial general Kaspar von Velten is sent to Kislev as ambassador to the court of Tsarina Katarin. Unused to the power struggles and politics at court, Kaspar is forced to use all the skills and resources at his command in order to survive in this cold and hostile land. As winter draws in, can Kaspar re-forge the fragile alliance between the Empire and Kislev and prepare its troops for war before the hordes of Chaos arc unleashed on the land?
Reviews from Goodreads.com