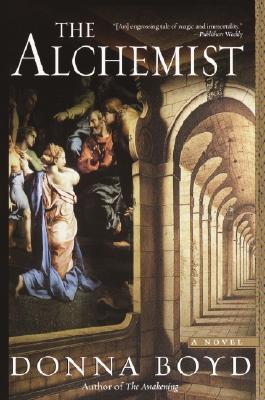 
In a sweeping epic of dazzling magic, soaring suspense, and dark longing three immortal souls are united by fate and a fearless ambition that will change the course of history--even as it destroys their own way of life.

An elegant man sits in the office of Dr. Anne Kramer, confessing to a heinous murder in the highest echelons of power that has horrified the modern world. Little knowing that her own destiny is irrevocably tied to his, Anne listens to Randolf Sontime's story

"It began with the magic, you see. And so, perforce, must I." As a boy named Han at the House of Ra, an isolated oasis in the Egyptian desert of a far ancient time, Sontime was trained in the science of alchemy--sorcery and miracles. Only two other initiates were as skilled as he: Akan, a boy whose thirst for knowledge was matched only by his hunger for truth; and Nefar, a beautiful girl filled with wonder and ambition. Together they discovered theirs was a power unmatched in the physical world. That is until the fateful moment when their alliance was forever damped, their gifts horribly corrupted. . . .