The Adventure of the Xlins Ship's Log — Branton K. Holmberg 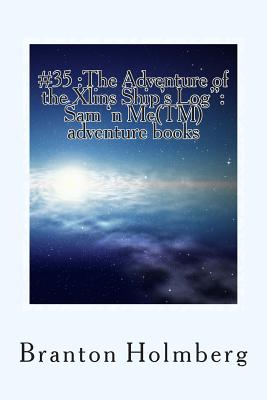 Ever wondered what it was like to travel to another planet? We had no idea whether we could do it or not but got the crazy notion to try. It all came about because of the ship's log Avatar, the commander of an extraterrestrial space ship gave us. We were told it had the coordinates of Planet X in it. Sam's got a curiosity that's unstoppable and the thought of goin to another planet had us all excited. Ya won't believe how we did it. We not only got there, we took Avatar, and space ship crew with us. Planet X is nearly as ugly as a planet can get and still have life on it. On the other hand it was the most marvelous thing we'd ever set eyes on. What the Xlins had done with it will absolutely blow yer mind. Have ya ever wondered what it would be like to have a brain more that three times bigger than the one ya got? We found out. Not only that we found we had morphin powers beyond our wildest imagination. I want ya to jump inta this adventure with us so ya can come away with memories of things beyond yer wildest imagination.
Reviews from Goodreads.com