The Adventure of Black Peter and The Gloria Scott — Murray Shaw 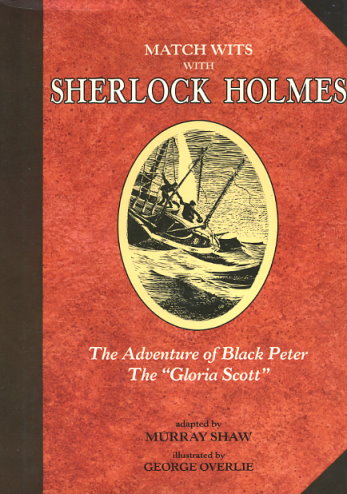 Throughout the history of fiction, there has never been a detective more famous than Sir Arthur Conan Doyle's Sherlock Holmes.

In Volume 1, two mysterious characters are haunted by their deadly pasts. Accompany Holmes and his friend Watson as they uncover the facts others have tried to keep hidden.

The Adventure of Black Peter
A moody sea captain is found dead in his cabin. skewered to the wall with a harpoon. The clues are few: a pouch of tobacco, a bloody notebook, and a missing tin box.

The "Gloria Scott"
A coded message sends a country gentleman to his death_ Only the sailor who knows the meaning of the man's tattoo can tell the full story -- and he's gone.

You, too, can solve these cases by carefully looking for clues as you read. At the end of each story, test your wits by checking the clues to see if you followed Holmes' reasoning. He's sure to offer you a challenge!
Reviews from Goodreads.com