The Advancement of Learning — Francis Bacon 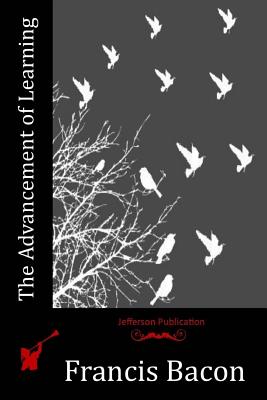 The Advancement of Learning (full title: Of the Proficience and Advancement of Learning, Divine and Human) is a 1605 book by Francis Bacon.
Francis Bacon, 1st Viscount St Alban(s), KC (22 January 1561 - 9 April 1626) was an English philosopher, statesman, scientist, lawyer, jurist, author and pioneer of the scientific method. He served both as Attorney General and Lord Chancellor of England. Although his political career ended in disgrace, he remained extremely influential through his works, especially as philosophical advocate and practitioner of the scientific method during the scientific revolution.
Bacon has been called the creator of empiricism. His works established and popularised inductive methodologies for scientific inquiry, often called the Baconian method, or simply the scientific method. His demand for a planned procedure of investigating all things natural marked a new turn in the rhetorical and theoretical framework for science, much of which still surrounds conceptions of proper methodology today. Since this profession was rasher than most others, his dedication probably led to his death, bringing him into a rare historical group of scientists who were killed by their own experiments.
Bacon was knighted in 1603, and created both the Baron Verulam in 1618, and the Viscount St Alban in 1621; as he died without heirs both peerages became extinct upon his death. He famously died an ironic death of pneumonia contracted while studying the effects of freezing on the preservation of meat.
Bacon delineated the principles of the inductive thinking method and was a revolutionary thinker in his day. This definitive text outlines his break with the Aristotelians and his modern scientific view of nature.
An excellent read.
Francis Bacons approach to scientific theory was one based on facts instead of religious thoughts and philosophy. This idea being contrary to the thinkers of his day. A fascinating read.
Reviews from Goodreads.com 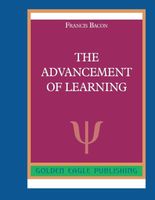