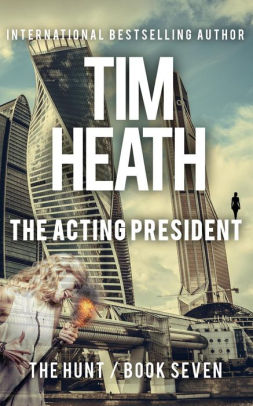 Share:
Amazingly intricate and impossible to put down.What Would Russia Look Like With A Female President? Her nation stands at a precipice, but are they ready to usher a woman into the Kremlin? Will she allow anybody to stop her?With a dissident voice leaking her secrets to the world, Svetlana might not have that chance––she will give anything to know the identity and whereabouts of this whistleblower. Russian oligarchs continue to gather in secret––a vicious cage fight, controlled by a bloodthirsty man, whose actions surpass anything that The Games have seen before. Is this one step too far? And with an election mooted and MI6 forever on her tail, do they have the time to stop somebody they see as the most dangerous person in Russia from becoming the next President? From the International Bestselling author of The Tablet, comes the seventh instalment in his much loved Hunt series.