The 3rd Key: Sharks in the Water — Eric Douglas 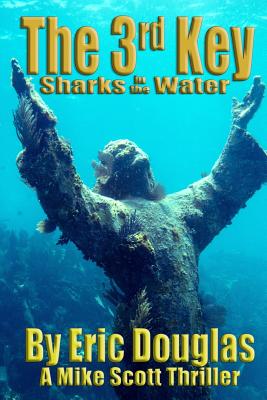 
Sharks are attacking divers in the Florida Keys. Mike Scott barely survives the first incident, but it doesn’t make sense. These sharks are especially aggressive, attacking in groups and not retreating. It’s almost like someone is controlling them. The discovery that a narco sub full of cocaine sank nearby may be the reason, but that doesn’t explain why all the activity is focused around the Christ of the Abyss statue in Key Largo. Is there something else going on? Is it the statue itself? Or is there a larger conspiracy? It’s up to Mike to unravel the mystery before anyone else gets hurt. Or killed.