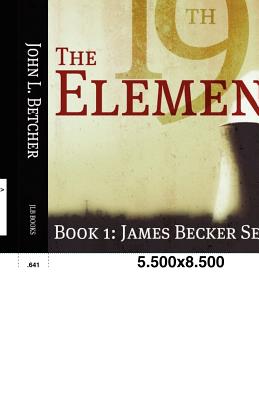 GOLD MEDALIST 2011 READERS FAVORITE BOOK AWARDS. Al Qaeda plans to attack Minnesota's Prairie River Nuclear Power Plant as a means to return the down-trodden terrorist organization to international prominence. In addition to their own devoted forces, the terrorists enlist some homegrown anarchists, and a Three Mile Island survivor with a pathological vendetta against the nuclear establishment, to assist in the assault. James "Beck" Becker is a former elite U.S. government intelligence operative who has retired to his childhood hometown of Red Wing, Minnesota -- just six miles down the Mississippi from the Prairie River nuclear facility. Possessing wisdom born of experience, Beck suspects the terrorists' intentions as soon as the body of a university professor turns up on the Mississippi shore -- the clear victim of foul play. He recognizes connections between seemingly unrelated incidents -- the murdered agronomy professor, a missing lab assistant, an international cell call, a stolen fertilizer truck, an explosion in the street in front of City Hall -- but can't piece it together in enough detail to convince government authorities that a larger threat exists. Only his American Indian friend, "Bull," will help Beck defuse the threat. So it's Beck and Bull versus international terror. May the better men win. ___________ "Betcher writes with intelligence and humor. The 19th Element is an intriguing blend of Robert Parker wit and Vince Flynn action. A fun, exciting read for anyone who enjoys a well-written thriller." Lois Greiman, award-winning author of the Chrissy McMullen mysteries.
Reviews from Goodreads.com