The 12th Demon: Mark of the Wolf Dragon — Bruce Hennigan 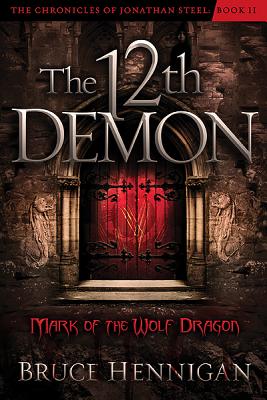 Share:
Jonathan Steel is a man with no past who is destined to spend his future hunting down the most powerful demons on earth.

Following the defeat of the thirteenth demon, Vivian Ketrick has plans to take control of his now-open territory. But another -- and much more powerful -- entity has arrived from Europe to challenge her claim. Rudolph Wulf has genetically engineered his blood to carry “vampire magick,” and he is using it to recruit an army of vampires and werewolves the likes of which the world has never seen.

Raven, an assassin from Steel's past, has also surfaced. Hired by Ketrick, she has dark plans of her own and could hold the key to Steel's lost past. As the forces of darkness converge for battle, Steel is caught between his desire to regain his memories and his mission to save the lives of those he cares about most.

Fast-paced and thrilling, The Twelfth Demon, Mark of the Wolf Dragon stretches from the slums of the big city to the shadowy world of Transylvania to explore the legend and lore of vampires and the power of cults to control lives.