The 11th Demon: The Ark of Chaos — Bruce Hennigan 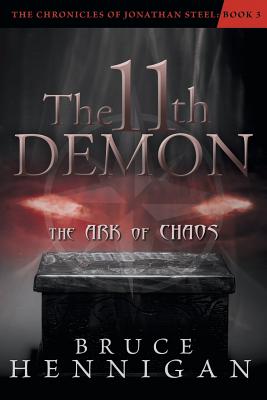 Share:
Jonathan Steel is a demon hunter by trade, taking out demons with revenge as his motivator. The demons have taken away people he has loved, including the one woman who could have revealed his past to him. He has already defeated two demons, but he knows there are eleven more out there. If he does not go after them, they will come for him. Now saddled with protecting both his new partner and his mentor�s nephew, Steel returns to Louisiana, where he must move into a house full of horrifying memories.Meanwhile, Vivian Darbonne, a powerful demon who just lost her husband to Steel, embarks on a desperate search for a mysterious artifact called the Ark of the Demon Rose� just as a new evil cult rises from the darkness and threatens to engulf the world in chaos. As seats of power are covertly altered within the government, Steel knows that in order to defeat the cult, he must first find an ancient chest that holds the secret to defeating the eleventh demon and, most importantly, power over the Council of Darkness.In this third installment of the Jonathan Steel Chronicles, Jonathan Steel and his colleagues once again must attempt to stop a demonic foe before chaos is unleashed on the world!