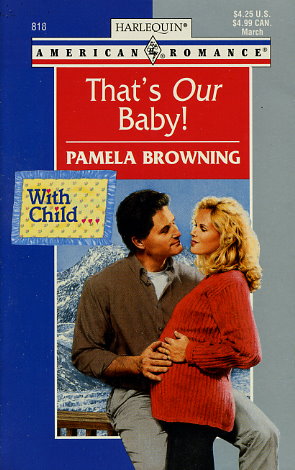 Sam Harbeck needed his best friend's widow to give him back what was his -- the rights to the deposit he'd made to a sperm bank. He'd come to Alaska to get her signature on the release. But he was too late: Kelly Anderson was already pregnant...with his child!

Sam expected a fight from the ever-willful Kelly, but he didn't anticipate his own overwhelming desire for her...or the emotions her impending motherhood evoked in him. Being snowbound together only intensified his demanding need for his woman. Could he have arrived just in time to be a father to their baby?
Reviews from Goodreads.com