That's Me In The Middle — Donald Lamont Jack 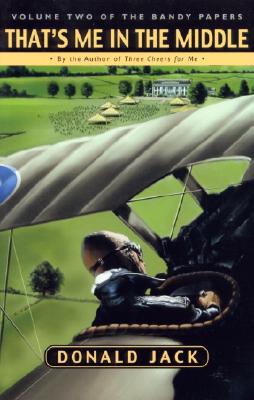 Bartholomew Bandy has become an air ace. On the ground he causes disasters wherever he goes, but in the air he’s deadly, shooting down dozens of German planes in the course of thrilling aerial combats. To the amazement of all who know him he becomes Lieut. Col. Bandy and thanks to his new rank he meets all sorts of people, including his fiancee’s memorable family. As a handy (but disposable) war hero, he encounters a number of hair-raising adventures, not to mention English plumbing and an unforgettable honeymoon night. That’s Me In The Middle is exciting, full of military action in the trenches and in the air, and, as it continues to flirt with history, very funny.
Reviews from Goodreads.com