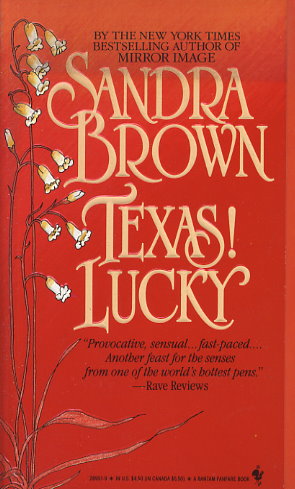 Share:
Lucky Tyler attracted trouble--and women--like a lightning rod. But the night he stepped in to rescue a mysterious redhead in a seedy bar, he got more than he bargained for! The lady excited him, challenged him, drove him wild with desire--then vanished without a trace. Lucky was desperate to find her, to brand her with his heat -- and when the police were called in to investigate a suspicious fire at Tyler Drilling, his family business, he needed her for an alibi! Torn between anguish and ecstasy, Devon Haines tried to refuse Lucky's pleas for help, but the reckless blue-eyed devil wouldn't take no as an answer from her... not when his touch could make her burn, could make her his. Framed by old enemies, Lucky knew his only hope to clear himself rested on solving the crime, but Devon feared when his innocence was proved, she would lose the handsome cowboy who possessed her heart and soul Would the tragic vow that made their love forbidden cost her forever in his arms?