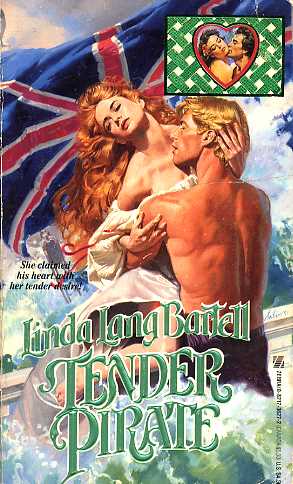 CAPTIVE OF DESIRE
Brandy's amber eyes lit up with outrage. It was bad enough that she'd been taken prisoner aboard the Odyssey, but then to be presented by the rowdy crew as a "gift" for the captain's enjoyment! With his stormy green eyes, Captain Keir St. Andrews was handsome enough to stir any woman's senses, but Brandy was no common jade who gave her favors freely. She'd never give in without a fight to the fiery heat of his warm embrace, the heady taste of his demanding kisses, or the sultry passion of endless nights beneath the stars...

PRISONER OF PASSION
It must have been with glee that his men had chosen this particular spitfire to warm his bed. With her fire-blond hair and slender, lushly curved body, Brandy was a challenge no red-blooded man could resist. For tonight, at least, he'd forget the raging fires that drove him to seek vengeance on those who had robbed him of his fortune and noble estates. But as he ran his fingers along her satin smooth skin and felt the rosy fullness of her lips beneath his, he soon found himself hopelessly in thrall to Brandy's innocent, tender passion -- and willing to surrender all to forever in her arms!